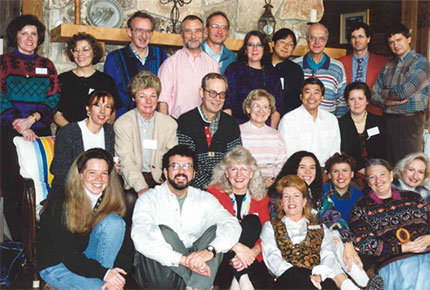 Since 1994, the International Centenarian Consortium have met to share recent information and research on centenarians and to foster collaboration among different centenarian research teams.

The first discussion of forming an international consortium of centenarian researchers was held at the XV International Congress of Gerontology in Acapulco in 1989 where Leonard W. Poon and Peter Martin representing the Georgia Centenarian Study at University of Georgia met with Bo Hagberg who represented the Swedish Centenarian Study at the University of Lund, Sweden. A follow-up meeting was held at the XVI International Congress of Gerontology in Budapest in 1993 with representatives from the Georgia, Hungarian, Japanese, Swedish centenarian studies. The first meeting of the ICC was held in 1994 in a farmhouse in U. S. Georgia with representatives from the French, Georgia, Hungarian, Japanese, and Swedish Centenarian Studies. Additional meetings were held in Lund, Heidelberg, Tokyo, Honolulu, Hano, Seoul, Atlanta, Paris, Cuba, Hong Kong, and Osaka. Meetings were also organized as part of the International Congress of Gerontology in Paris, Vancouver and Rio de Janeiro, and as part of the annual meeting of the Gerontological Society of America in Boston and Cincinnati. 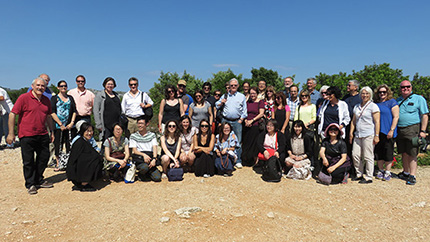 The International Centenarian Consortium has successfully translated some of the consortium presentations into publications (e.g., Martin, P., Rott, C., Hagberg, B., & Morgan, K., 2000:  Centenarians – Autonomy vs. dependence in the oldest old.  New York: Springer; Global Aging in 2006; and the Asian Journal of Gerontology and Geriatrics (2012). In addition, the ICC has fostered individual partnerships across countries.